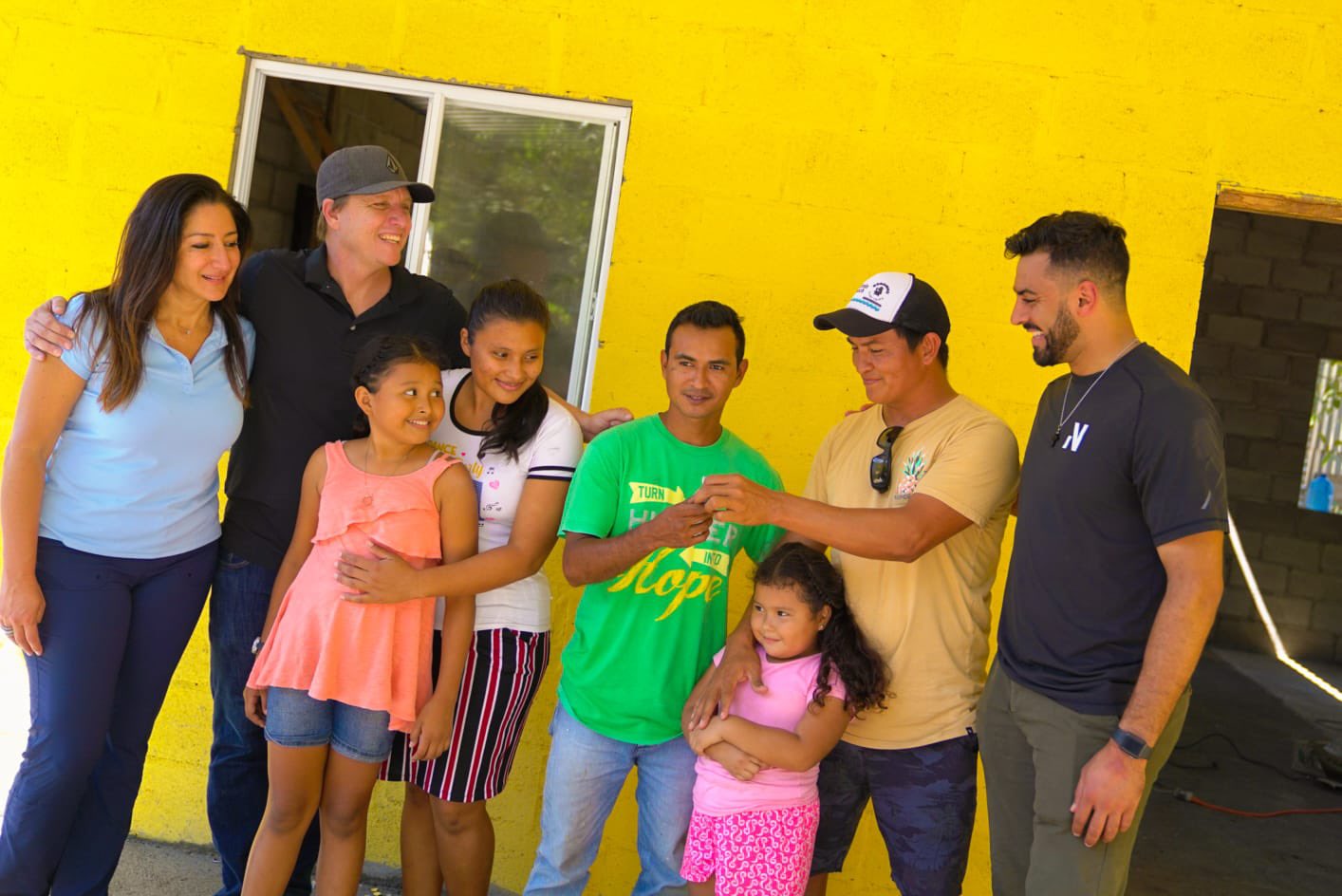 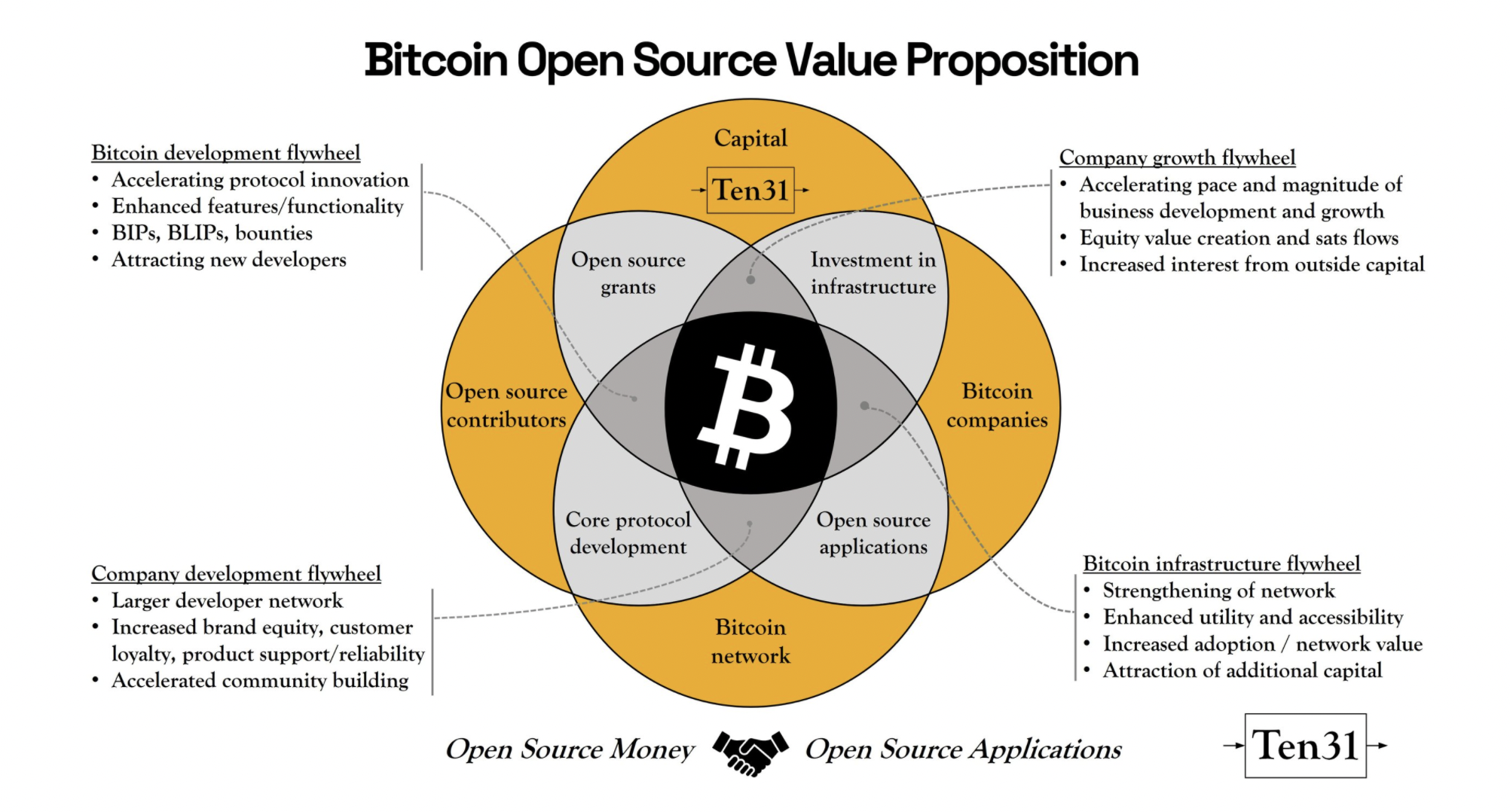 The Case for Building, Supporting and Investing in Open Source Businesses

Grant Gilliam of Ten31 published a powerful article outlining the importance of supporting and building open source software projects and companies on top of Bitcoin. Grant writes “The value proposition from an open source strategy will be far more meaningful than we’ve seen prior to bitcoin, and the open nature of its network will be the key value unlock for enabling this.” Amen!

Alekos Filini joined Conor Okus to showcase how to use Bitcoin Dev Kit to make Taproot transactions. Watch the video and view the code.

Cash App has now rolled out Lightning to 100% of users. There are now millions more people who get to experience the magic of Lightning. 👀 🎉

This has now been rolled out to 100% of customers.

Huge moment for the industry, with millions of customers now instantly on-boarded onto LN. https://t.co/saMawVYuUj

Congratulations to the OpenNode team for raising $20M to continue towards its mission of making bitcoin payments simple and accessible for everyone, everywhere!

New Community Projects Are Being Set Up, and Existing Ones Are Getting Creative

Aarika Rhodes, a California school teacher running for US Congress, recently hosted Jack Dorsey and several notable Bitcoiners on a Twitter Space to discuss “Bitcoin and UBI.” Jack shared that he’s actively working on setting up circular Bitcoin economy pilot projects, sharing “We’ve tested with a bunch of mayors around this country and outside of it. We’re about to do a test of a UBI-like concept with Bitcoin as well. We are going to be able to create a closed-loop economy, on a very small scale.”

Listen to the full space:

Thanks to all of you for making it happen.

Bitcoin Lake in Guatemala has found a great new way to welcome merchants to Bitcoin. After getting a local ice cream shop set up with the Bitcoin Beach Wallet, Patrick Melder solicited bitcoin donations from Twitter to take a group of students to the shop for a treat. This week he hosted a pizza party, paid for by Bitcoiners from around the world. The Lightning Network is amazing, isn’t it?

Bitcoin Adoption Game Theory is Upon Us

Governments around the world are jockeying to take their place on the Bitcoin adoption curve. Russia has announced plans to regulate – rather than ban – cryptocurrencies and plans to introduce legislation this week.

The Russian government has defined the future of cryptocurrency in the country, though high regulatory scrutiny will hardly encourage innovation.https://t.co/oixOejLyYv

An increasing number of US politicians and candidates are vying for the Bitcoiner vote, albeit amid some skepticism. Ted Cruz appears to be long Bitcoin. NYC Mayor Eric Adams has declared that he’s in favor of cryptocurrency… but against cryptocurrency mining – despite earlier pro-Bitcoin statements. Wendy Rogers of the Arizona State Senate introduced a bill to make Bitcoin legal tender in the state. And Janice McGeachin, running for Governor of Idaho, plans to make Idaho a safe-haven for Bitcoin.

Bill 1341 was introduced by the Republican State Senator Wendy Rogers of Arizona. The measure aims to authorize Bitcoin as a means of payment on “any medium of exchange that is authorized by the United States Constitution or Congress for the payment of debts, public charges (1/3)

Just in – yesterday the Governor of Colorado announced plans to accept Bitcoin for tax payments by the middle of this year.

Grab the popcorn – 2022 is the year Bitcoin becomes a major voting issue.

Join the Team: Galoy is Hiring!

Join our growing, global team of Bitcoiners who are working to make it easy for communities and enterprises around the world to use Bitcoin as money.

See you next month!

Lightning’s technical characteristics make it ideal for micro- and nano-payments. Combined with instant final settlement on a global scale, the Lightning Network offers compelling use cases around payment processing for many industries.

Galoy announces the release of a new point of sale (POS) feature for merchants – the Lightning Cash Register – which makes it even easier and more secure to accept bitcoin over the Lightning Network.